The rise of automation and robotics

Population growth coupled with an ageing population will amplify the basic demand for goods and services around the world over the next few years. For investors, these demographic trends create exceptional opportunities in areas such as automation and robotics.

A growing global population brings with it the growing challenge of how to feed and support more and more people, in a sustainable way. 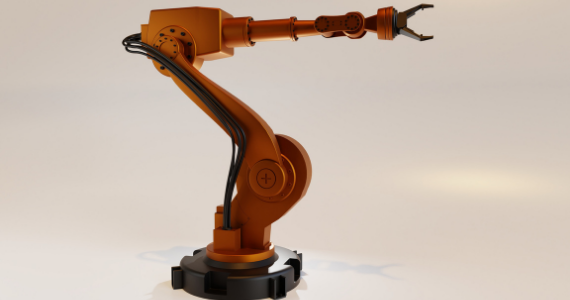 The UN has forecast a global population of roughly 10 billion people by 2050, which means we will need to more than double food production in the developing world from current levels, in a way that is sustainable for the future.

An important component of the solution to these challenges is automation and robotics. At its most basic level, automation is simply the replacement of a human worker with a machine. But there is more to automation than just this. Other benefits include reduced costs, greater efficiency, more reliability, waste reduction, and safer products and safer work environments for other factory workers.

At Fidelity, we see a very long runway of growth for automation and robotics. The COVID-19 pandemic has accelerated several trends that are supporting the growth in automation. Firstly, it has driven companies to reassess production lines to avoid the risk of worker downtime from illness, to avoid social distancing question marks. One perhaps underappreciated benefit of robots is that they don’t get sick.

In addition, the pandemic has exacerbated labour shortages around the world. In China, there have been stories of workers going home to isolate and then not coming back to their factory jobs because they’ve found much more flexible and better-paid jobs elsewhere – for example, in e-commerce. Even when the situation is temporary, it’s still driving permanent decisions today to invest in automation.

Another tailwind for the automation opportunity is the different level of take-up in different countries. For instance, in China, robot density is just 20 percent of that in South Korea and Singapore. However, with the labour force shrinking in China, the likelihood is that this gap will close materially over time.

Furthermore, employee churn and rising wages make the economics of converting to automation as a work process more attractive, and further incentivises CFOs to make the decision to switch.

Historically, one of the constraints for robot density has been that robots are relatively confined to a small number of industries where automation can be readily integrated into work processes. In 2020, almost 60 percent of the operational stock of robots was in the automotive and electronics industries.

However, there is plenty of potential in other industries such as logistics and warehousing. The main challenge for these industries has been that the tasks required from robots are significantly more complex than those in the automotive industry. As an example, when building cars, it’s generally very repetitive processes that are done the same way over and over again. However, in logistics, tasks such as picking items out of a box are a lot more complicated and variable and require a different set of skills.

Therefore, developments such as sensors and machine vision will be key. Machine vision is a technology used to provide image-based automation inspection for quality process control and robot guidance systems. Essentially it gives eyes to a blind robot which can then be used to check a production process and to iron out problems.

It means faults can be identified in a small part of the product so that by the time it gets to the end product, it doesn’t have to be discarded as a whole. And it’s obviously a lot more reliable and accurate than humans. This kind of technology is already available and will result in the uptake of robotics accelerating across industries.

Another consideration is the role of humans alongside automation. In many industries, the variability of tasks often means that robots need to be able to work alongside humans, rather than just instead of humans.

Collaborative robots, or cobots, are robots that can work alongside and interact with humans. They might perform repetitive tasks to free up a human for more value-added work, or they can hold a very heavy object so that a human can work on it.

The main difference between a cobot and a traditional industrial robot is that they have inbuilt sensors that allow them to work with a human and then shut down if they hit anything that they shouldn’t. This means that it’s entirely safe for a human to be nearby.

Cobots are opening up the automation space to smaller companies who appreciate the flexibility, the lower cost, and the ease of integration into existing product lines, as they don’t need to shut down the whole process and start again from scratch. It’s only a small market today, but is expected to grow rapidly over the coming years.

So we see long-term structural growth in automation, particularly in areas such as machine vision and cobots. And these trends have been strengthened by the effects of COVID-19 over the past year or so. We expect it to remain a key theme for investors for many years to come.

Source:
Reproduced with permission of Fidelity Australia. This article was originally published at https://www.fidelity.com.au/insights/investment-articles/the-rise-of-automation-and-robotics/

This document has been prepared without taking into account your objectives, financial situation or needs. You should consider these matters before acting on the information. You should also consider the relevant Product Disclosure Statements (“PDS”) for any Fidelity Australia product mentioned in this document before making any decision about whether to acquire the product. The PDS can be obtained by contacting Fidelity Australia on 1800 119 270 or by downloading it from our website at www.fidelity.com.au. This document may include general commentary on market activity, sector trends or other broad-based economic or political conditions that should not be taken as investment advice. Information stated herein about specific securities is subject to change. Any reference to specific securities should not be taken as a recommendation to buy, sell or hold these securities. While the information contained in this document has been prepared with reasonable care, no responsibility or liability is accepted for any errors or omissions or misstatements however caused. This document is intended as general information only. The document may not be reproduced or transmitted without prior written permission of Fidelity Australia. The issuer of Fidelity Australia’s managed investment schemes is FIL Responsible Entity (Australia) Limited ABN 33 148 059 009. Reference to ($) are in Australian dollars unless stated otherwise.
© 2021. FIL Responsible Entity (Australia) Limited.

Important:
This provides general information and hasn’t taken your circumstances into account. It’s important to consider your particular circumstances before deciding what’s right for you. Any information provided by the author detailed above is separate and external to our business and our Licensee. Neither our business nor our Licensee takes any responsibility for any action or any service provided by the author. Any links have been provided with permission for information purposes only and will take you to external websites, which are not connected to our company in any way. Note: Our company does not endorse and is not responsible for the accuracy of the contents/information contained within the linked site(s) accessible from this page. 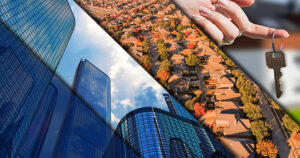 Winter has brought a cool change for home values

Get to know your super fund

General Advice Warning – The information contained on this website has been provided as general advice only. The contents have been prepared without taking account of your objectives, financial situation or needs. You should, before you make any decision regarding any information, strategies or products mentioned on this website, consult your own financial advisor to consider whether that is appropriate having regard to your own objectives, financial situation and needs.